This page was originally published on:
www.presstv.com/Program/225637.html 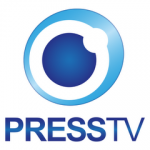 The dust is slowly settling after weeks of furious activity in Iran’s gold and currency markets. When news hit of yet another round of sanctions on Iran’s oil industry, and worse still, on Iran’s central bank, panic ensued.

The word on the street was that gold was going to spike, and the exchange rate for dollars and other foreign currencies was set to soar, and so the stampede ensued. People started buying up gold coins, the Iranian nation’s favorite form of investment, and withdrawing large amounts of money from the bank to convert into dollars.

Meanwhile the prices of Gold and foreign currencies did go on climbing at a terrific rate, spurred on by the increase in demand.  Hoping to get rich quick, lots of people started buying dollars and selling them on, and those with a stockpile of Gold coins stashed away for a rainy day, started cashing in on their hoard.

But what goes up must come down. The Iranian government finally stepped in and balanced things out. In a matter of hours prices fell, leaving many of those who gambled with their savings, a lot poorer.

In this edition of the show we will be discussing the recent fluctuations in Iran’s gold and currency market, and what has been done to counter the instability and put people’s mind’s at rest.

Go back to the homepage on the Iranian Rial currency.